Home
News
PHOTOS: Olisa Metuh Appears In Court On A Stretcher In Ambulance
Tweet Pin It

Olisa Metuh, the forrmer spokesman of the Peoples Democratic Party (PDP), arrived at the federal high court, Abuja, in an ambulance on Monday.

He was absent when the case was heard in court last week.

Onyeachi Ikpeazu (SAN), his counsel, had said his client was absent because he was admitted at the Nnamdi Azikiwe University Teaching Hospital, Nnewi, and was unable to attend court.

Ikpeazu presented a letter written by a doctor in the hospital to the court, but both the judge and the prosecutor questioned the authenticity of the letter.

Okon Abang, the judge, had ordered Metuh to appear or risk being arrested.

He was wheeled into the court premises amid reactions from people present.

Abang had to adjourn the matter till March 15, expressing satisfaction with the position of Ikpeazu, that his client his indisposed. 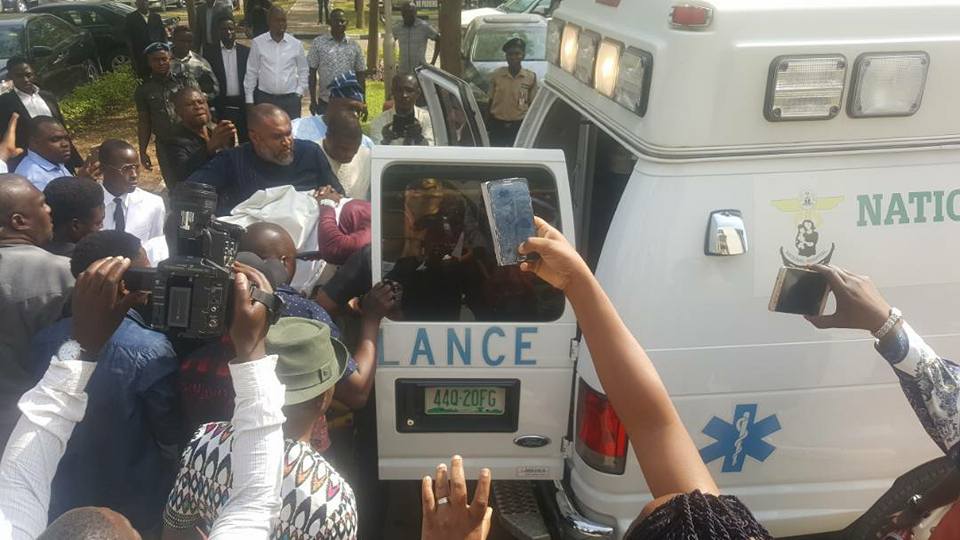