There is a wild jubilation in Irepo/Olorunsogo constituency in Oyo State on Saturday when the people of the constituency heard that the election petition tribunal has sacked Kazeem Olayanju.

Kazeem Olayanju represents the state House of Assembly in Irepo/Olorunsogo under the platform of the Peoples Democratic Party, PDP.

Newsflash247 gathered that the Independent National Electoral Commission (INEC), had in March declared, Kazeem Olayanju, candidate of the Peoples Democratic Party (PDP) as the winner of the election.

But, not satisfied with the result, the candidate of All Progressives Congress (APC), Mr. Mustapha Ajibola Azeez approached the election petition tribunal, urging the tribunal to declare him as the winner of the election.

Azeez in his argument insisted that there were irregularities in the election March 9th election, as he urged the tribunal to nullify Olayanju’s declaration.

The petitioner, Azeez in his petition EPT/OY/SHA/30/2019; Hon Azeez v Olayanju, (IREPO/OLORUNSOGO) said he was the authentic winner of the said election.

The tribunal, however, Saturday evening, declared Ajibola as the winner and nullified Olayanju’s declaration.

The tribunal declared that cancellation of ward 3 election in Irepo local government area in the constituency was wrong.

The tribunal held inter alia that the election indeed took place at ward 3 in Irepo local government area contrary to the submission of the respondents.

The tribunal also held that the incident of burning of results at ward collation center did not meant that there were no election at the polling units in questions. 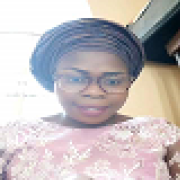