The National Chairman of the All Progressives Congress (APC), Comrade Adams Oshiomhole, has urged Nigerians to reject the presidential candidate of the People’s Democratic Party (PDP) Alhaji Atiku Abubakar saying that he would sell Nigeria if he is elected president.

He noted that PDP is the architect of the present economic hardship Nigerians were passing through and urged the masses to reject him during the February 16, presidential election.

The chairman also received defectors from the PDP, led by ex-factional Chairman of National Football Association (NFA), Chris Giwa, while chairmen of 45 political parties in the state endorsed Buhari and Lalong for the 2019 elections.

He urged the defectors to join the re-enforcement of the power of the broom in providing quality and purposeful leadership in the country.

“I urged Nigerians not to support the sale of Nigeria by the PDP. You must say no to Atiku. His running mate, Peter Obi, does not have respect for the truth.”

Governor Simon Lalong, who was presented with APC flag to contest the governorship election in the state said he could die for President Buhari because of his commitment towards tackling insecurity in Plateau and the bail-out he supported him to clear workers salary.

“People asked why was I dying for Buhari and I told them that I will die for Buhari because he is my helper. He has help in addressing insecurity in Plateau and gave us bail-out to clear worker’s salaries, there is nothing more than that; he will win Plateau far better than 2015.”

Director General, Buhari Campaign Organisation and Minister of Transport, Rt. Hon. Rotimi Ameachi, described Lalong as a humble person who is living on his campaign promises.

He blamed the PDP for dwelling their campaign on the fact that Nigerians were hungry and said if they had left the N2 billion they stole, Nigeria wouldn’t have been importing rice today.

Ameachi said PDP was not honest that was why they emptied the country’s treasury and urged Nigerians to vote out PDP even in hunger.

“The next election is not about Buhari and Atiku; it should be about what PDP has done in 16 years and what APC has done in three years. Buhari is addressing the problem of Nigeria and very soon we will overcome the present challenges.”

Wife of the president, Aisha Buhari, who was represented by former Deputy Governor of Plateau State, Dame Pauline Tallen, said a vote for Buhari and Lalong is a vote for the development of Nigeria and Plateau State.

She admonished women and youths in Plateau State to mobilise massive votes for the president and all APC candidates during the 2019 general elections.

Northern Vice Chairman, of the Buhari/Osinbajo Campaign Organisation, Sen. Gorge Akume, described Buhari as a professor of infrastructure in Nigeria

He, Buhari, worked tirelessly to frustrate the third-term agenda champion by the former president, Olusegun Obasanjo, and said the president had the masses as his business partners.

He noted that there was no one that was contesting against President Muhammadu Buhari, saying Atiku Abubakar would fail the election. 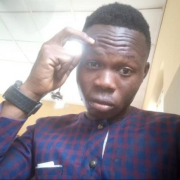