The All Progressives Congress (APC), on Monday, February 10, has dropped the Senate President, Ahmad Lawan-led National Reconciliation Committee and reconstituted another 12 committee following the rejection by the Edo State Governor, Godwin Obaseki.

Gov Obaseki, who accused the Senate president, Ahmed Lawan and the deputy speaker of the House of Representatives, Ahmed Wase, of playing a prominent role in the crisis rocking the party in Edo state.

Obaseki  said “we believe the committee does not only fall short of the most basic of integrity tests, but is also a disservice to genuine efforts to bring a lasting solution to the crisis rocking different chapters of the APC across the country”.

“To the specifics, Senator Lawan and Ahmed Wase in the Senate and the House of Representatives, respectively, presided over the plenary sessions where the motions to take over the Edo State House of Assembly were deliberated. They are also parties in the court case, in which the Federal High Court sitting in Port Harcourt ruled that the National Assembly cannot take over the functions of the Edo State Assembly,” the governor through his spokesperson, Crusoe Osagie, had said.

Meanwhile, the party has set up a new 12 members National Reconciliation Committee to resolve political power tussle between Obaseki and the party’s national chairman, Adams Oshiomhole in the state.

Bisi Akande, the first National Chairman of the party and also, who was to serve as the vice chairman of the ‘rejected’ reconciliatory team, has been appointed as chairman to replace Lawan in the reconstituted team.

In a statement signed on Monday by the APC spokesperson, Lanre Issa-Onilu, he said that “President Muhammadu Buhari and the leadership of the All Progressives Congress (APC) have reviewed the membership of the party’s National Reconciliation Committee.”

Deputy Speaker of the House of Representatives, Hon Wase still made the list of the reconstituted members despite the protest from Obaseki’s faction.

Mr Issa-Onilu also said the reconstituted “committee is empowered to address grievances of party members across the country and resolve existing conflicts, all with a view to fostering oneness, strengthen the party for better governance and ensure unity of purpose within the party.”

The committee will be inaugurated on Tuesday February 11, 2020 at the APC National Secretariat by 3 p.m. 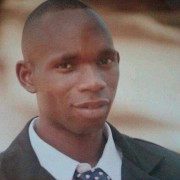 PDP Warns INEC Over Moves To Bend Rules For APC