The National Assembly in the 9th assembly is set to snatch local government from the state governors as the House of Representatives on Thursday passed the autonomy bill through second reading.

Recall that the bill was passed by the National assembly in the 8th assembly; but the States Houses of Assembly rejected the bill.

The bill, which seeks to amend the 1999 constitution, was passed through second reading by the House.

It has now been sponsored again by Munir Soro and it was referred to the committee on constitution chaired by the Deputy Speaker, Idris Wase.

Leading the debate on the bill, Soro said that “The FG through Federation Account Allocation Committee (FAAC) has empowered local government with over N7trillion in statutory allocations between 2015 to 2019.

He also blamed the collapse of the local government for Boko Haram, Kidnapping and banditry.

Speaking on the bill, the Deputy Speaker, Wase who presided over plenary said that one single brush should not be used against all governors. That not “all governors withdraw allocation of local governments.” 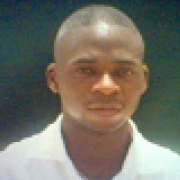 How billionaire man killed, his body stacked inside a bag Reasons why I conceded defeat to Buhari – Jonathan